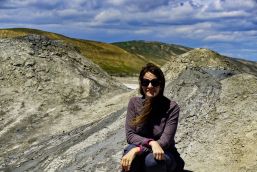 I’m Coni, a Human Rights lawyer turned travel writer and photographer. I’m sharing my journey round the world in Experiencing the Globe, where I focus on sustainability, solo female travel, off the beaten path and outdoor adventures, wine destinations, political insights and slow travel. Where am I going? Well, I created the ultimate travel experiences bucket list to guide my journey – the 201 best travel experiences our planet has to offer.

I’m sure you know of Baku, and probably only with what you’ve heard you’re ready to start planning your trip to Azerbaijan. Well, I’m here to tell you to pass through the capital and spend most of your time in the countryside. I know it’s off the beaten path, and I know transportation might be a bit of a challenge, but it’s worth it. Few people have heard of Ismayilli, or Durja, or Kish. But there is where you’ll find the real treasures of Azerbaijan.

After a couple of days in Baku, I did a day trip to Gobustan independently. I was interested in seeing the petroglyphs, and I really wanted to walk around the mud volcanoes, so attempting it on my own was a hassle. A tour would have been much easier. But I also wanted to see the village, and no tour gave me time for it. The petroglyphs and the volcanoes were great sights! But what I loved the most was the village itself. I left time to walk around, play with the children and chat with the locals at a çay evi (teahouse). And I realized that Baku and the rest of Azerbaijan are two different countries. Away from the new and the shiny I found the essence of the country.

So I continued my journey towards the Sheki region. The first stop was Gabala. The whole journey there was beautiful. I was surrounded by green hills that slowly were becoming mountains with snowy peaks. Once there I took a long walk overlooking the stunning Mount Bazardüzü; I enjoyed the sunset from a peaceful meadow, with nothing but the sound of birds and the call to pray in the background; and I hiked up to the mountain village of Durja, where the vistas were gorgeous, and the chicken ran free.
The next destination was Ismayilli. After stopping for tea in the most beautiful restaurant in the middle of a forest, I took a long walk around the town, watched people go about their daily lives, and cross the river back and forward while hiking out of town into green plots. I actually thought no tourist has ever been there. It felt like going back in time, to simpler times, where asphalted roads and mobile signals were a thing of the future.

Another discovery was Kish. I knew I was going to stop in Sheki to see the Palace of the Sheki Khans (which you shouldn’t miss), but I was delighted when I arrived in Kish. This small town is full of charm. An unconventional one, maybe. It’s not an instagrammable place, but it’s perfect for a long stroll surrounded by curious locals who will be happy to chat with you. The town also houses one of the best-preserved monasteries from Caucasian Albania in the country. It was absolutely worth the trip!

My last off-the-beaten-path stop was Gakh. I only had a few hours before leaving towards Georgia, but it was enough to walk around a bit and meet a few people, curious as always, asking about my impressions of their country. I told them that I loved the nature and the small towns, like theirs. The big city, not so much. The “new Azerbaijan” might be great for people looking for a fancy vacation, but if you – like me – want to see how the country really looks, leave the city and meet the people from the villages. 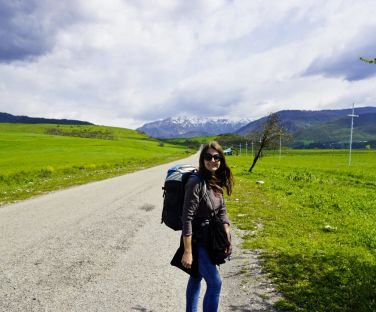 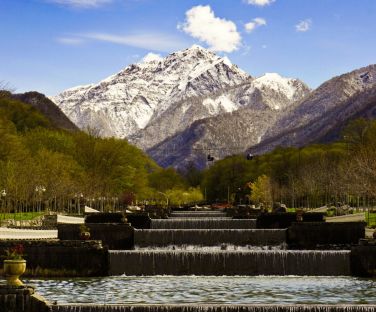 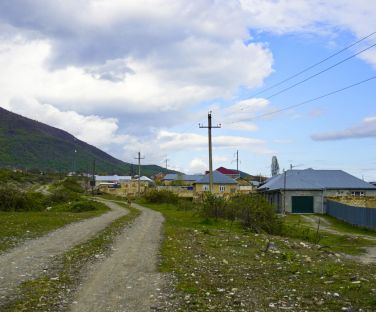 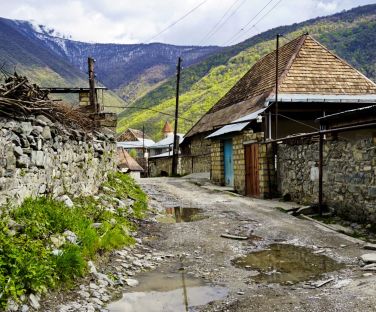 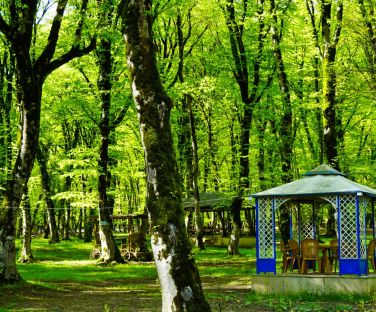