Best things to see & do in Lankaran 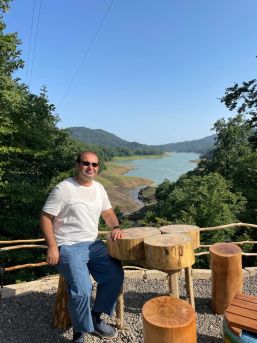 Best things to see & do in Lankaran

Lankaran is a green region located in the south of the Republic of Azerbaijan with its centre being the city of Lankaran. It has a subtropical climate, thanks to which many vegetables and fruits grow in the fertile soils of the region. Many products grown in the Eastern Black Sea region of Türkiye and the Mediterranean region are grown here: tea, citrus fruits, rice, grapes, feijoa trees, tobacco are organically produced here. Due to the climate and geography, the region has been an important settlement centre since ancient times.

When you reach Lankaran, Khanbulan is a great first place to stop to drink tea, breathe and rest a bit. It is a scenic picnic area around a lake surrounded by iron tree forests, which are green in spring and summer and red in autumn. Here, your lungs can feast on clean and cool air with plenty of oxygen.

In Lankaran, which has a deep-rooted history, there are many historical buildings belonging to different periods: independent Azerbaijan, Soviet, Russian Empire, the Khanates and before. One of the most important of these is the Khan’s House, which was built by Mir Ahmet Khan for his wife Tughra Khanim in 1912 and today functions as a museum.

Mir Ahmet Khan was a businessman who traded with France. Due to his good relations with the French, the house was specially built by French architects, using a combination of Azerbaijani and European architecture. White and red bricks were brought from Baku by ships. It was also the first three-storey house in the city, as well as the first to have electricity and a central heating system. In addition to personal belongings of the last khan of Lankaran and his wife, the museum exhibits historical artefacts dating back to the Bronze Age.

In the garden with centuries-old trees, you can immerse yourself in the history of the place while sipping Azerbaijani tea, along with a dessert called “murebbe” made with locally grown fruits such as sour cherries, cherries and strawberries.

The Lankaran region was an area where the rivalry between Russia and Iran intensified as Russia sought to advance south in the 18th century. This led to almost all the city’s old structures being destroyed. Only a few remain, such as the defensive Round Tower, built in 1768 and used as a prison until 1970.

Despite being one of the oldest buildings, the tower is unused today and cannot be visited as a tourist attraction. Josef Stalin is said to have been imprisoned here for a short period (1903–1904) before being abducted by the Bolsheviks via an underground tunnel between the tower and the lighthouse, another historical building. From there he was taken by ship to the north of the Caspian and then to Russia.

There are many beautiful beaches on the shores of the Caspian Sea in Azerbaijan. Perhaps one of the most beautiful of these is the black-sand beach in Lankaran, with shallow water and people playing beach volleyball, beach soccer, water polo and sunbathing on the fine black sand. The best moments are when the full moon rises from Turkmenabat over the Caspian Sea as it begins to get dark in the evening. It is impossible not to feel moved, especially if nearby there is a tar playing.

Lankaran is an unmissable stop for gastro-tourists whose local delicacies are famous in Azerbaijan and even the post-Soviet region. In addition to dishes such as piti, shah kebab, sebet kebab and gutabs eaten in other regions of Azerbaijan, you should definitely taste “sirdag” and "badimcan kükü," dishes unique to Lankaran. Sirdag is a vegetable dish from eggplant, tomato and garlic that is wonderfully delicious thanks to its cooking style and presentation.

The bazaar is another must-see place in Lankaran. Its two different locations, called the Big and Small markets, are places where the local people, who speak the poetic expressions of Azerbaijani Turkish, have been doing their daily shopping for centuries and are crowded at all hours of the day. You can find organic products, clothing, household goods and various handicrafts here. At the end of the market is the Bazaar Mosque, which is also worth seeing.

Long ago, Lankaran was located on the Silk Road and was a place where caravans passing from the Caucasus to Khorasan stopped and rested. Today, as in the past, many foreign tourists visiting Azerbaijan want to complete their trip by going to Iran. However, my personal observation is that Lankaran is a place on the shores of the Caspian Sea where you can spend days rather than simply stopping for a rest while passing by. 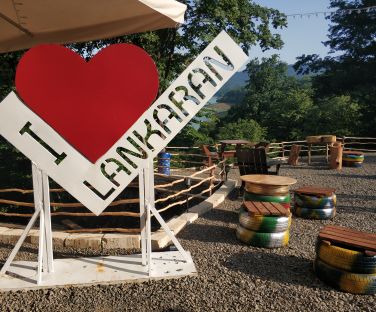 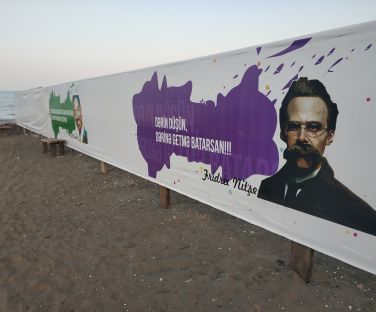 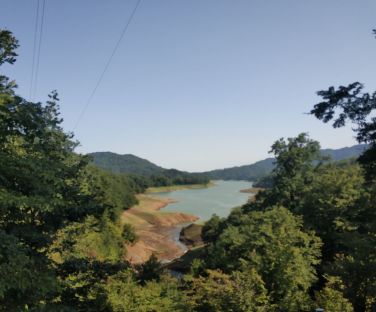 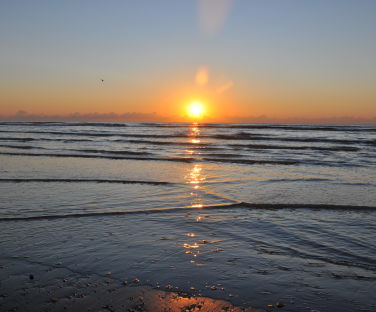